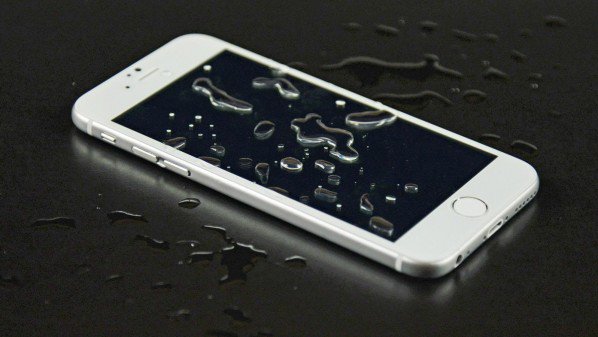 Apple made a request to the US Patent Office for an invention for a patent for a new system that protects the bodies of water automatically through the electronic gates.
Office and published on Thursday, November 26, the new system that Apple is trying to use it in all organs, including the iPhone, iPad details, in addition to computers.
Through the new system is put in front of the gate devices that can be exposed to water or dust such as shipping port, audio output or headset, when you do not use the exit gate closes automatically to prevent any flow of liquid affect the operation of the machine. When using one of them, the gate opens automatically also through the circuits are connected with the system.
And Apple introduced an example of the use of new technology in the iPhone mobile 6S, where the gate will be placed between the sound and the holes in the structure speaker, in the case of leakage of any foreign substance obscurantism the gate automatically if they are open to prevent leakage into the loudspeaker.
And used Apple in iPhone mobile 6S and 6 S Plus technology to protect them from the water without that shed light on them so much, where the isolation of all internal content with a layer of silicon to prevent water leakage into the motherboard, which contains all the components of the device, and this also technique got patented in month March / March of this year.
In addition to the new invention patent, Apple got a bunch of patents relating to the transfer iPhone phone to a device for the detection of fires, or relating to the system to control devices through the eye.